President Kagame consulting with local leaders during his tour of the southern Province.(Photo Urugwiro Village)
BY EDMUND KAGIRE

RUHANGO – President Paul Kagame yesterday called upon Rwandans to shun politicians who want to drag them back into old-fashioned politics because the country has moved on to another chapter.

Addressing thousands of people who gathered at Ruhango Secondary School grounds, President Kagame said that Rwandans should ignore politicians who want to confuse them with politics that kept the country in limbo for over 40 years, adding that such political ideologies no longer have a place in today’s Rwanda.

He told the cheering crowd that Rwanda no longer has a place for such politicians who instead of promoting development, want to cause divisions that tore the nation apart 15 years ago.

He said that good politics is about development and not empty rhetoric.

The President said that it was unfortunate that some of these politicians have been living outside the country and are out of touch with times and are trapped in the past, insisting that ‘what Rwandans want today is development.’

Kagame said that it was regrettable that such politicians had failed to borrow positive political features from developed countries in which they live but choose instead to stick to partisan politics that are clearly taboo in the places where they hail.

He told the ecstatic crowd that for the last 16 years, Rwandans have tirelessly worked for the development that is visible today and they should therefore not let anyone drag them back to the past.

The President commended the residents for their tireless efforts in engaging in development activities to make Ruhango one of the model districts in the country.

He challenged them to continue doing more to consolidate what has already been achieved, insisting that the challenge is still big. Kagame pointed out that a lot has been achieved in the areas of education, health, infrastructure and the private sector.

He challenged local leaders and Itorero cadres to lead Rwandans on a path that seeks to deal with the country’s challenges using home-grown solutions and called upon them to shun those who want to ‘impose’ foreign solutions.

President Kagame said that now that satisfactory school enrolment had been attained, government would work with parents and communities to ensure quality education is also achieved.

She upgraded from a local breed cow to an exotic one in 2002 and acquired a loan from Bank Populaire which she used to start a piggery and a poultry farm.

She already donated 10 cows to her neighbours, employs youth, supplies milk and earns highly from her projects.
President Kagame urged residents to follow Mwubahamana’s example to invest the little they have to reap more in future.

He said that the government does not have enough resources to give each resident, but that through good governance brought about by decentralization, local leaders are able to work closely with residents to develop ideas.

The President told them that what hard retarded the country’s development in the past was bad leadership at the grassroots levels. He said that the current government has brought leadership closer to the people and involves them in decision making.

He urged residents to expose leaders who are incompetent and cannot help them to resolve issues affecting them.
On the issue of security, President Kagame warned that the government will crack down on those intending to disrupt the hard earned stability.

In the past year, Ruhango has been a victim of two grenade attacks which killed scores of people and injured many others.

As has been his practice, President Kagame engaged in an interactive session with residents who presented their problems which were addressed one-by-one. Most of the concerns related to land wrangles, injustice and negligence by authorities.

President Kagame later visited Huye District where he held a closed door discussion with opinion leaders from the province. He is expected to visit Nyanza district today. 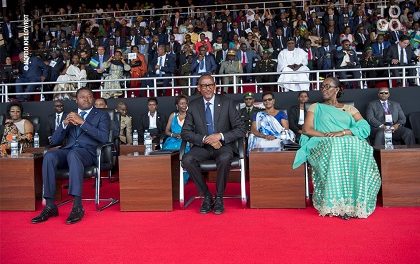 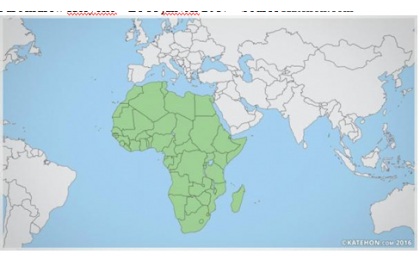