KIGALI – With just 130 days to go, preparations for the forthcoming Presidential elections scheduled for August 9 are in full gear and on the right track.

This was said by the Chairman of the National Electoral Commission (NEC), Prof Chrysologue Karangwa said in an interview with The New Times yesterday.

He said that all activities in line with the preparation are progressing as planned.

“Last week, the second last phase to update voters’ registers was concluded. The registers are now coming in from various parts of the country. By next week, we will have finished compiling the number of voters in our database before the registers are returned for the final clean up.” Karangwa said.

“Currently election coordinating officers are conducting civic education workshops at the sector level, educating and sensitising people on elections and why it is important for them to participate.”

Prof. Karangwa also revealed that the electoral body has received the biggest chunk of the funds needed to organise polls through commitments on the side of government and development partners.

“We are comfortable regarding the budget. Government has provided 65 percent of the budget and it will be giving us more money as we progress,” Karangwa said.

“We have financial support from DfID, the European Commission, the Dutch Government, Swedish Cooperation and the United Nations Development Programme.”

NEC has budgeted to spend over Rwf 6.5 bn on the August presidential polls.

According to the Executive Secretary of NEC, Charles Munyaneza, the election body will enlist close to 70,000 officials to supervise the electoral process at various levels of governance to ensure that the polls pass smoothly.

“The process to register electoral officials has begun at the provincial level, and it will continue down to the district and other levels of governance,” Munyaneza said.

“We have two permanent Provincial Election Coordination Officers whose job is to oversee civic education, supervise and coordinate elections. We want polling stations to work in a more decentralised manner—each will have 4 people.”

He added that the process to update the voters’ register saw a massive turn-up of voters seeking to update their records apart from the city.

“We are still experiencing problems in the city, even in the civic education campaign mainly due to the schedules of city residents—so we are targeting them on weekends,”

“The turn up in the city for the register update was between 75 or 80 percent but upcountry it was over 95 percent. However, we are reaching out to them through different means of communication unlike upcountry where people come to the sector,” Munyaneza said.

He revealed that those who did not register could wait for the last phase to update and clean up the registers from May to June, but added that those who have the requirements and know their polling stations, could still go to the NEC head office and register. 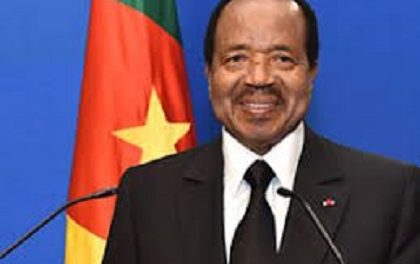