Harerimana was the chief guest at the opening to the expo.

“Bringing goods here is good for sharing experiences with others and selling your products, but that’s not enough, you need to have good products which will compete in the region,” Harerimana said.

He added that the government of Rwanda has the political will to support and find the market but that producers need to build their reputation by ensuring good service to their clients and produce quality products.

“We thank the good partnership between government and the private sector that has created a conducive environment for the business people, since without security, without political will to foster business in the country, we would not make it,” Albert Baigamba, the head of the Private Sector Federation, said

Rubavu Mayor, Sheikh Hassan Bahame, told the businessmen that the district was proud to invite the Security Minister to assure the business community that in the country there is security which is a foundation of development.

The mini trade fair that will run for 10 days attracted over 500 traders in different services in the area.

It was organised by the Private Sector Federation. It was sponsored by MTN Rwanda and other companies on the shore of Lake Kivu on Gisenyi beach. 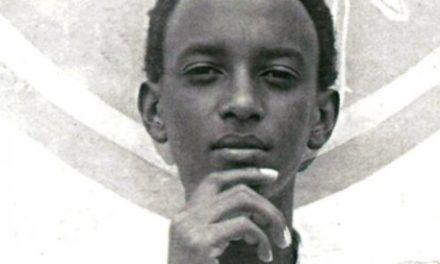