SWITZERLAND – As the Office of the United Nations High Commissioner for Human Rights were releasing the controversial Mapping report on DRC, the Rwandan Diaspora in Switzerland held demonstrations to denounce its release just outside the UN offices in Geneva.

Hundreds of Rwandans living in Switzerland and some from Belgium, France and Italy, turned out for the demonstrations against the Mapping Report on DRC (1993-2003) which accuses Rwanda, among other countries, of committing atrocities in the DRC.

The protest march started at the Office of the High Commissioner for Human Rights, where leaders of various Diaspora Groups made speeches denouncing the report and proceeded up to the Palais des Nations, the Headquarters of the UN Office in Geneva.

The protesters denounced the UN for abandoning Rwanda and for failing to address the problem of the genocidal forces remaining at large in the DRC and instead opting to accuse the forces that stopped the Genocide of the same crime.

They criticized the report saying it was based on hearsay and lacked credible evidence and for being the work of those who hope to erase their responsibility in the Genocide against the Tutsi.

The protesters vowed to fight all attempts to promote the theory of “double genocide” and recalled that the UN has yet to apologize to the Rwandan people and bring to justice perpetrators of the Genocide.

Over 150 Rwandans and friends of Rwanda of all ages; many youths but also their parents participated in the manifestation.

They held banners and sang and danced to Rwandan music as they marched chanting patriotic messages through loudspeakers and handed out leaflets that read “Rwanda Defence Forces – Heroes and not Killers’.

Some of the messages on the large banners read: “No to the Mapping report which seeks to divide Rwandan People and destabilise the Great lakes Region; we reject the Mapping Report for trying to revise history; In 1994 UN failed Rwanda, RPA stopped the Genocide; We support our Army, they Heroes not Killers, we support the Unity of all Rwandans”.

The Rwandan Diaspora in Switzerland had earlier sent a letter of protest to the High Commissioner for Human Rights, Navi Pillay and copied it to UN Secretary General Ban Ki-Moon. 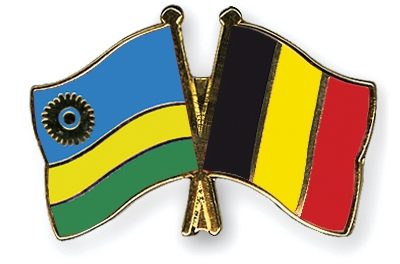