KIGALI – A public conference organized, Tuesday, by the Rwandan community in South Africa highlighted that the recent UN “Mapping Report” on DRC was “a moral and intellectual failure as well as an insult to history.”

Reiterating the Government’s position to an audience of 150 officials from diplomatic corps, academia, media and others, Rwanda’s High Commissioner in Pretoria, Ignatius Kamali Karegesa, presented observations that demonstrate how the mapping exercise was “deeply flawed and intellectually bankrupt.”

“The manipulation of UN processes by organizations and individuals, both inside and outside UN system, for purposes of rewriting history, improperly apportioning blame for the Genocide that occurred in Rwanda and an attempt to reignite conflict in Rwanda and in the region,” said the envoy.

The report alleges that Rwandan troops might have committed Genocide in the DRC during the 1990s.
“Although the allegations of Genocide, war crimes and crimes against humanity are extremely serious, the methodology, sourcing and standard of proof used to justify them are certainly not,” he said.

The envoy and other speakers, including Dr. Charles Mironko of the Royal Bafokeng Institute – SA, and Dr Jane Olwoch Mukarugwiza, the facilitator, stressed the report’s omission of the historical context, “especially the immediate and serious threat posed by armed and ideologically charged refugees positioned right at the border of Rwanda and Zaire (present-day DR Congo), as well as the nature of the conflict within Zaire at the time.”

Karegesa highlighted the “flawed methodology and application of the lowest imaginable evidentiary standard,” and the contradiction between the report and contemporaneous accounts of the situation from the UNSC, NGOs and other eyewitnesses who confirmed that genocidal forces, often posing as civilian refugees, were operating under the cover of refugee camps.

The High Commissioner highlighted important facts about Rwanda, in a short background for the audience to ably “contextualize both the flawed report and the concerns of the Government of Rwanda.”

He explained how, after the 1994 Genocide against the Tutsi, refugees and fleeing ex-FAR army who flocked into Zaire, and were well organized, with plans to stage a violent come-back.

“They continued to receive arms shipments in the camps, conducted military training exercises, recruited combatants and planned to stage a come-back assault on Rwanda,” he explained.

Karegesa noted how refugee camps run by the UNHCR, up to 1996, continued to be used as bases of regular attacks across the border to destabilize Rwanda and kill Genocide survivors.

At the time, he said, the Government of Rwanda ceaselessly pleaded with the UN to relocate the camps away from the border, disarm the militants, and separate genuine refugees from the genocidal forces, but the pleas fell on deaf ears.

“Rwanda, as a matter of survival, had to move in quickly to neutralize the threat and resolve the refugee problem by rescuing its own citizens and facilitate their return and reintegration,” he explained.

Martin Semukanya, a South Africa-based Rwandan journalist who attended the function, told The New Times that “the general feeling, from the interactions afterwards, is that people learnt a lot of new things about the Great Lakes region – they requested that more of such conferences be held in future.” 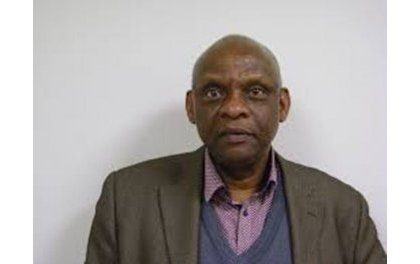