KIGALI – Practicing journalists and media experts have strongly condemned the continued hounding of Rwanda by the France-based media watchdog, Reporters without Borders (RSF), as one of the countries with limited media freedoms in the world.

For many years, the French organisation has ranked Rwanda among the countries with the worst press freedom records. This year, Rwanda was ranked 169th out of 178 countries in the 2010 Press Freedom Index.

Rwanda ranks eight places below Somalia, a country known to be volatile for Journalists. Accordingly, practicing journalists have denounced the move, challenging the methodology used by the watchdog.

According to Shyaka Kanuma, the Editor in Chief of Rwanda Focus, a local weekly newspaper, RSF has persistently continued to rank Rwanda poorly without considering facts on the ground.

“What would you expect from Reporters without Borders? That is what they will always write no matter what we present to them or write about their arguments. You can never change their minds,” Kanuma said.

“They made up their minds long ago to say what they want about Rwanda. It is becoming a circus. These people are never on the ground. They never come here to pick the real facts and they make their judgements out of a subjective view point.”

Faith Mbabazi, the Acting Director of Radio Rwanda noted that RSF proved to be “incompetent.”

“I really question the methodology used. Much as I am not part of the team that compiled the report, but one thing I know is that it is failing to distinguish between self-censorship or press predation,” she said.

“They mix up press freedoms with the assumed absence of political freedom in Rwanda and they automatically come up with the view that there are no press freedoms in Rwanda—which I think is not good,” Mbabazi said.

Mbabazi said that it was “unfortunate and unfair” for Rwanda to be ranked below countries like Somalia and Yemen.

She also asserted that her media house has never been consulted by RSF while compiling the report.

Flora Kaitesi, a radio Journalist pointed out that the watchdog should consider the history of the country.

“We all know Rwanda’s past. We all know that journalism in this country comes with a lot of responsibility,’ she said.

“I think their report is inconsiderate and biased, if they really want to publish concrete and credible issues, then they should be on the ground doing the research and not sitting in their offices abroad with cups of coffee and saying there is no press freedom here and there.”

Kaitesi noted that RSF should have tangible undisputed evidence on all the information in their reports.

Hamza Ndangiza, a political reporter with Contact FM accused RSF of being inconsiderate and lacking substance.

Ndangiza said that accusations levelled against Rwanda are baseless; noting that he has in the past covered controversial or critical stories but has never encountered any intimidation or torture.

“They don’t look at the context of Rwanda considering the role the media played in the Genocide. Perhaps they have a standard form which they use to judge African countries,” Ndangiza said.

In an interview with The New Times, Dr. Christopher Kayumba, a media expert, said that the main problem with media watchdogs like RSF and Freedom House is not the ranking they give countries but rather a methodological one.

“They are only interested in comparing across countries and they miss out a lot of contextual factors. There are many local contextual factors that they really don’t give and therefore it is very hard to rely on their figures,” Kayumba said

“They don’t give the real picture of press freedoms in any country, leave alone Rwanda, even if it was other countries.”

Kayumba said that RSF had missed out on recent developments in Rwanda’s media sector including major reforms, including media self regulation and changes in the media law. 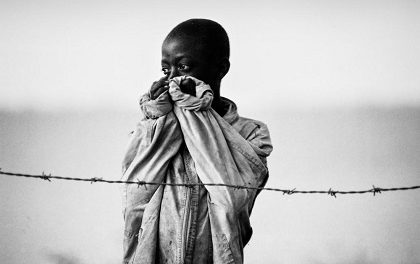 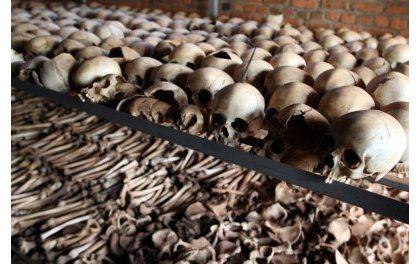