Kagame campaigns in the Northern Province

Thousands of RPF supporters turned up for the rally in Gakenke District. (Photo J Mbanda)

GAKENYE/RULINDO – Tens of thousands of people, yesterday, turned up on the second day of the Presidential campaigns as Paul Kagame, the flag bearer of the ruling party, the Rwanda Patriotic Front (RPF), took the campaign to the Northern Province districts of Rulindo and Gakenke.

The mood was upbeat as music filled the air. Thousands of residents donning RPF colours flooded the campaign grounds at Busiza, Bushoki Sector while others milled on the terraces of the hills around and followed the campaign from a giant screen mounted on a state-of-the art broadcasting van.

President Kagame arrived at around 1 p.m., to a thunderous welcome by the already electric mammoth crowd. RPF songs and music composed for the candidate by various musicians blared from the powerful sound system, sending the massive crowd into wild cheers.

The candidate could not help but join the excited gathering into a dance before addressing them.

“Tora Kagame…niwe wenyine” (Vote Kagame, he is the one and only), the crowd chanted.

Before introducing the candidate, Fidele Ndayisaba, the RPF campaign manager, highlighted the achievements the RPF Government had recorded in the district, including schools, roads, medical insurance for all residents and other infrastructure necessary to fuel development.

The candidate thanked the residents of Rulindo for transforming their district into the fastest developing district in the country.

He told the residents that the he was not just seeking their votes, but also wanted them to look back and assess the progress that has been registered and base on that to decide whether to vote him into office or not, adding that no one should mislead them into abandoning the course that has been taken.

Kagame sent the crowd into a deafening applause, when he said that the RPF was a winning team with a winning coach, who even brings on board defeated teams and turns them into winning teams.

He added that RPF is all embracing and does not discriminate on any basis. He urged residents and all Rwandans to maintain dignity and self-esteem as it is the only way they can become who they want to be and achieve whatever they set their eyes on.

A resident of Rulindo, Jean Marie Vianney Ngiruwonsanga, a former ex-FAR soldier and one of the residents who gave their life-changing testimonies, commended President Kagame for reintegrating the forces he had defeated into the army, a sign of unity and reconciliation.

One of the leading entrepreneurs in the district, a demobilised soldier, narrated his rags to riches story, and gave Kagame an exotic heifer as a token of thanks.
While the gathering at Rulindo was massive, it was outdone by the crowd at Nemba – Gakenke district as the incumbent staged his second campaign rally of the day in the Northern Province.

According to the Governor of the Northern Province Aime Bosenibamwe, Gakenke registered a turnout of 85,000 people, 15,000 more than had been expected.
Kagame, promised the joyful residents continued development if voted again into power.

He commended the residents of Gakenke for the overwhelming achievements, especially in entrepreneurship, security, agriculture, and ending injustice, adding that it was up to them to judge and make the right decisions
Residents who have been economically uplifted testified to the strides made in their livelihoods through government programs such as Ubudehe, a local scheme where residents acquire capital to kick-start businesses.

Theosphire Rucibiraro, one of the beneficiaries of Ubudehe, commended Paul Kagame for his support in changing the livelihoods of the poor in the rural communities. 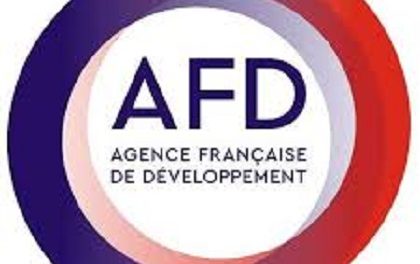 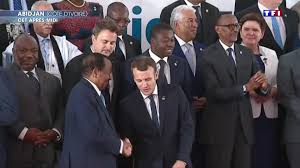